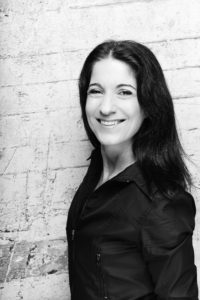 Patricia Ines Hoeppe is an artistic researcher, conceptionist and producer of artistic social situations. Her work is grounded in community building, social and individual constructioning across diverse social environments, cultures and contexts. She develops and realizes projects in order to seek for social solutions by arts. Her work focuses on investigations of identity within the social context. For this she uses performance art and installations as both seismograph and tuner, raising consciousness of social situations and experimenting with responses by placing the individual and the social situation in a good relation and perspective to each other.

Patricia graduated from the Berlin University of Fine Arts with a Master degree (master class of Rebecca Horn) and with a diploma in communications-design (class of Maria Vedder). She obtained a diploma in art therapy (master class of Katharina Gutknecht) at Artaban College of Art Therapy Berlin, as well as a diploma in physiotherapy and various qualifications in psychomotorics, psychology and art pedagogy. She worked in all of the above fields.  Since 2012 she works as a professor for intermedia art at the Frankfurt University of Applied sciences. In the summer term of 2016 Patricia was Guest professor at The University of Sydney/ Department of Performance Studies. Since 2012 she is part of the team developing and installing the new masters programme „performative arts in social fields] of the Frankfurt University of Applied Sciences, which will start in summer 2017.

©THE BIG ARRIVAL is a work-in-progress project from Patricia since 10/ 2015 in cooperation with the Frankfurt University of Applied Sciences and the City of Frankfurt. The topic is the arrival of more than 1 million refugees in Germany and the individual and social situations related to this. Performers and participants are German citizens and refugees. In the realm of performative possibilities and actions democratic values are settled and negotiated by one’s personal position, in order to find a good cultural integration of diversity. Also included is the attempt to grasp suffering and trauma, manifested by situations of flight, which exist in the collective memory of older Germans and are becoming more and more a worldwide experience.

©PERFORMED CITY is a performance based community work with a whole city. In 2012-2014 Patricia developed with ©PERFORMED CITY a new performative methodology for comprehending and forming integration processes in a democratic city. The goal is to enable citizens by these methods to find independently a good position for themselves, in the city and within the entire society. To position oneself and to find one’s place seem to be the questions for good social togetherness. By settling and negotiating democratic values and by creating possibilities and actions the citizens are invited to form their own cultural integration.

Patricia established her ©PERFORMANCE PARCOURS since 2013 within a lot of schools in Frankfurt. Performance methods are democratic methods.  Children are invited to experience by mimetic and poietic performative practices democratic cultural competences. In several parcours stations the participants can experiment with performative methods of well-known performance artists, to create an expression of the own cultural participation.